Cal-West Rentals, Inc. is a family-owned and operated, full service equipment rental company.
We serve contractors, homeowners, and ranchers all over the North Bay Area. 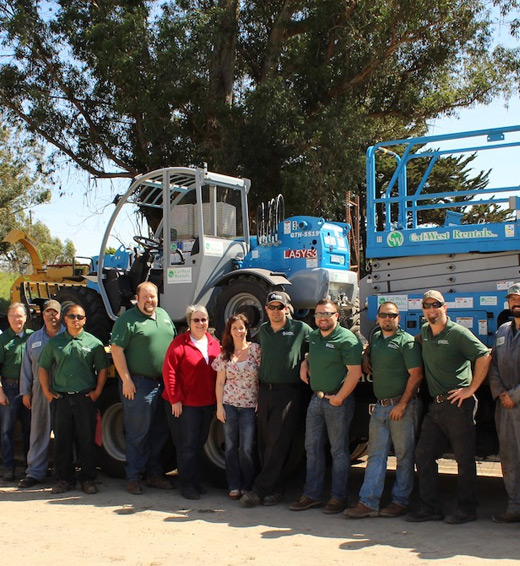 We also have a party division sister-company, Encore Events Rentals which is able to serve all the rental needs of the event industry. We pride ourselves on offering excellent customer service and quality rental equipment at competitive prices.

Cal-West Rentals is open 6 days a week and frequently delivers equipment all over Sonoma, Marin, and Napa Counties.

Our highly experienced and friendly staff excels at superior customer service, great equipment knowledge, and the desire to make every project and event a huge success and are available to answer any of your questions.

We are very involved with many local non-profit organizations, including:

Cal-West Rentals is proud to be a member of many organizations that support the construction, rental, and event industries, including the following:

Chief of All Things Cal-West 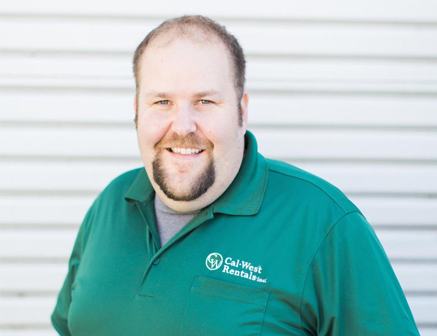 Patrick Tyler Doherty, Jr. leads Cal West Rentals. Call him Patrick though and he may not answer right away. He goes by his middle name. A native to Petaluma, Tyler still resides in the town today. He only left to attend UC Davis and ventured to Sacramento working in construction sales for “Ditch Witch.” Sonoma County kept calling and it wasn’t that long before Tyler made his way home. Tyler spent every summer working for his family at Cal West and in 2008 he became the owner and manager. Tyler’s role at Cal West is a busy one – and he loves it! Ask what’s his favorite thing about his job and Tyler will tell you, “it’s the constant change and the fast-paced environment of the rental industry!”

It’s not all work for Tyler though. He loves to travel with his beautiful wife, Brienna. One place that holds a special place in his heart is just outside of Dublin, Ireland. He married Brienna there and can’t wait to go back! He’s lucky that his favorite place in the Bay Area is San Francisco since there’s not too much in travel time to get there. San Francisco also boasts Tyler’s favorite sports team, the 49ers! Look for him the next time you’re at Levi Stadium, better yet listen for him! Tyler’s self pro-claimed super power is his “loudness” an asset when you’re with thousands of cheering people. All in all, Tyler will tell you he leads a happy life. He loves his role as owner of Cal-West, living life alongside his bride, spending time with his friends, and celebrating holidays. 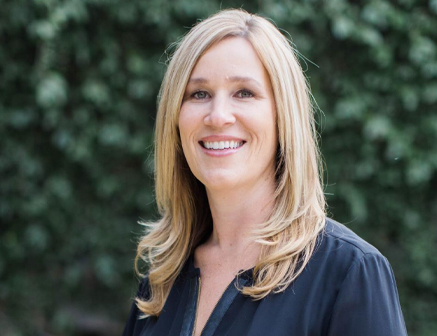 Bridget has grown up in the equipment and events rental business for the last 20 years. She serves as co-owner (along side her brother, Tyler) and General Manager of Cal West Rentals, while also leading our party and events rental division, Encore Events Rentals. After the passing of her father in 2000 and graduation from University of Southern California, Bridget took over as the General Manager of Cal West Rentals. She spearheaded the addition of two additional party and events store locations in Healdsburg and Saint Helena. Bridget strives to help turn the company into the Wine Country’s premier events rental company.

Bridget is very active in the local Petaluma community as well as the national rental industry. Bridget serves on the board of directors for the American Rental Association’s, California Chapter and is very active on the state and national level. She currently resides in Santa Rosa and enjoys nights out with friends, wine tasting, and attending sporting events. 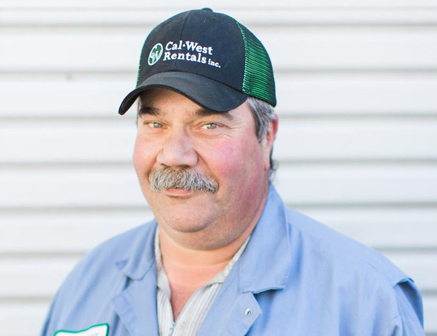 Greg Camporelli is not only one of Cal West’s most valued employees, he also holds the title of being the longest employed person at Cal West! With 33 years as our servicing mechanic, Greg can DO IT ALL from helping customers to repairing equipment! Aside from his dedication to Cal West, Greg loves to get in trips to Hawaii where he hopes to live someday. Since that’s still a dream come true, Greg keeps busy tending to his vineyard, working on old cars, and fixing stuff. But it’s the good life that really makes Greg happy. The center of his world is his wife Lisa and their two pups, Enzo and Snoop. With them, some BBQ and a glass of red wine, Greg is living the dream!

Master of all Things Equipment and Dispatch 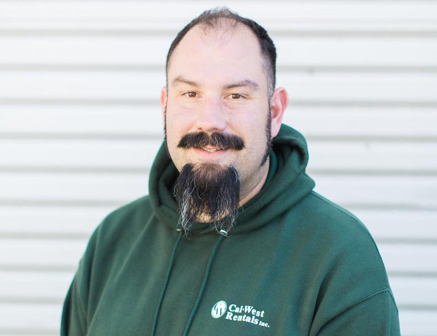 Eduardo Batista Ramos grew up in Novato but calls Sonoma County his home. He loves it here and hopes to never leave. The rental industry is lucky to have Eduardo, he’s spent 11 years in it and 7 of those years with Cal West. As Assistant Manager, Eduardo enjoys working with heavy equipment and meeting the needs of customers. There are a few things Eduardo just can’t live without and that’s his girlfriend, Heidi, his Ford F-350 Dually truck and his guns! Eduardo is a firearm aficionado, everything from hand guns to rifles. He can be found target shooting unless the ice cream truck comes by – nothing gets in between Eduardo and his ice cream. 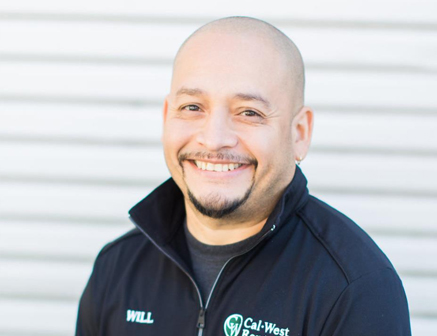 Wilmer “Will” Padilla calls Petaluma home and is an experienced industry man! He’s proud when he says, “I’ve been with Cal West for 3 awesome years!” The best part about working at Cal West for Will is, the people he works with. When he’s not working Will likes to work-out, hit up some video games and hang out with his family. And if he can get his hands on some “carne asada” and “fried plantains,” Will is an even happier guy, those are his favorite foods! Will describes himself as a “a likable guy” and everyone at Cal West can’t agree more! 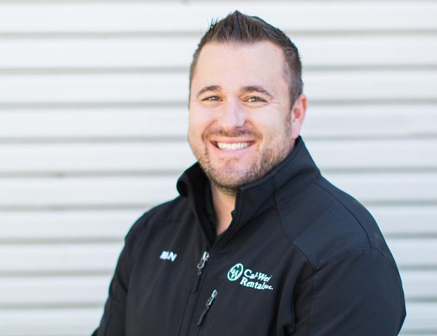 Ryan takes the prize at Cal West for having the longest name, “Ryan Patrick Wild Sichi.” He hails from Rohnert Park and has been with Cal West for 2 years. He came to Cal West with 14 years of experience in the equipment industry and in outside sales. Ryan is personable and loves what he does. His favorite thing is to meet new people and build new relationships. But when he’s not being a people-person, you can find Ryan being a great Dad and husband, playing with his kids and getting chores done around the house. However, Ryan admits it’s nice with the kids go to sleep each night so he can get some quality time in with his wife.